As we see our state and nation take increasing precautions to protect the health of the public, we have decided to follow suit and postpone both the Museum Advocacy Event as well as the Membership Meeting.  We will be in touch soon with further details once we settle on new dates for these events.

We apologize for any inconvenience this may cause you.  We appreciate your support and understanding.

While we were looking forward to hosting our annual conference from March 19-21, 2020 it is with regret that we must postpone our conference to a future date amid concerns about coronavirus. We will be announcing the new dates for the HMA conference after further discussion amongst the board and will let you know as soon as possible.
Although we are postponing our annual conference, we will still be hosting events on March 19, 2020.
Annual Membership Meeting at 3pm
Kanaina Building, ʻIolani Palace Grounds
The annual membership meeting will also have the option to join via teleconference.  We will be in touch shortly with instructions on how to access the meeting in this manner should you choose to do so.
Museums Advocacy Event from 5-7pm
Hale Koa Building, ʻIolani Palace Grounds
We have had a number of legislators respond positively to the invitation for the Museums Advocacy Event and we highly encourage you to sign up for this opportunity to advocate for your organization.  You may sign up for this event here: Museum Advocacy Event Sign Up.
We want to thank all of our supporters, sponsors, speakers and registrants for their support.   We apologize for any inconvenience this may cause and look forward to announcing new dates for the conference.
Thank you for your continued support of the Hawaiʻi Museums Association.

Hawaiʻi Museums Association is excited to announce that the 2020 conference theme is NARRATIVE.

Museums and related institutions are all responsible for sharing knowledge and education is central to their mission.  How do we interpret the stories of the cultural resources we steward, the ʻāina we care for, and the people whose histories we share is of utmost importance.   We hope this theme will challenge and inspire the way we view our work as we explore these concepts together.

Sasaki is responsible for setting the mission and vision of the organization; leading the development of exhibitions, public programs and digital initiatives about Asian Pacific American history, art and culture; and coordinating the center’s fundraising and budget advancement.

Sasaki was the director of the Audience and Civic Engagement Center at the Oakland Museum of California. She was responsible for the museum’s marketing and communications, public programs, school and teacher programs, community engagement and visitor services departments. Sasaki led the museum’s audience development initiative, which helped double the museum visitation in four years.

Before joining the staff of the Oakland Museum of California, Sasaki was the director of program development at the Japanese American National Museum (JANM) in Los Angeles (2003–2012), where she directed major institutional projects. During her tenure at JANM, she supervised the museum’s curatorial, public programs, web, education, and collections departments and managed and led the strategic planning for programs, exhibitions, audience development and fundraising.

Previously, Sasaki was a museum curator at the Southeastern Colorado Heritage Center in Pueblo and the assistant collections manager at the Denver Museum of Nature and Science.

Sasaki earned her bachelor’s degree in history and archaeology from Cornell University and her master’s degree in anthropology from the University of Denver. She currently serves on the advisory council for the Council of American Jewish Museums and was formerly the board president of the Western Museums Association. She is a guest lecturer for the museum studies graduate program at the John F. Kennedy University and has also lectured internationally for ICOM-China and the Museums and Galleries of Queensland. 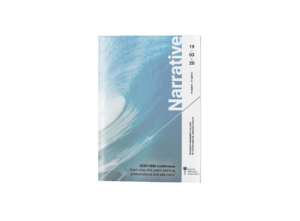 To learn about the benefits of becoming an HMA member, check your membership status, or join click here.

Are you a student with a valid student ID and email address?

2020 Advance Registration HMA special events and pre-conferences fill up quickly.  By registering in advance, you will have first choice of events and/or pre-conferences. Two weeks before the program

To learn about the benefits of becoming an HMA member, check your membership status, or join click here.

This year’s annual conference is sponsored by: 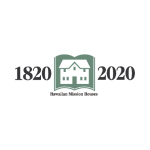 Save your spot right now